Here is another of my answers to Paul Baird at http://patientandpersistant.blogspot.com/2010/12/response-to-pogo-5.html
I’ve restated it in the 3rd person and added some extras.

To state, without qualification, that evolution has many ‘holes’, is to make an emotive statement, or at least an unsubstantiated assertion. To then cite anthropological grounds is quite unfounded.

I’ve been staying out of this discussion lately precisely because Mr. Baird is quite bent on defending his empty worldview by the standard atheist “avoid and accuse” tactic in which he himself is offering nothing more than emotive responses instead of facts. Worse, the main substance of Baird’s arguments are irrelevant to the real issue – are there moral and logical absolutes or not? If not how can you prove it?
Without assuming logical absolutes one can prove nothing at all.

“The very idea of freedom presupposes some objective moral law which overarches rulers and ruled alike…Unless we return to the crude and nursery-like belief in objective values, we perish.”
“If naturalism were true then all thoughts whatever would be wholly the result of irrational causes…it cuts its own throat.”
“Unless thought is valid we have no reason to believe in the real universe.”
“A universe whose only claim to be believed in rests on the validity of inference must not start telling us the inference is invalid…”

One cannot reason with one who denies the very validity of reason and that is precisely what the denial of logical absolutes is. Nor is it useful to attempt to convince one who will, at all costs, not be convinced no matter what.

Mr. Gosselin has a Masters in Anthropolgy and his thesis was on this very subject so that when he states “anthropological grounds”  as putting holes in Darwinism, it is indeed well founded.

Merely saying it isn’t founded is ignorance and presumption.

Gosselin has also written a two volume book, fully referenced, called “Fuite de l’Absolu” (in French obviously). In that book he literally demolishes most everything the atheists claim.

Sadly, like Mr. Baird, most atheists cannot, and more importantly will not, see the inherent contradiction involved in their relativist view.

ex. Baird stated, “because relativism, by it’s nature, is dynamic.”
Dynamic?! This is like calling a wild party at the local whore house dynamic.
Dynamic?! Sure if you define dynamic as that which is unstable, unreliable and chaotic!!

I find it unbelievable that atheists such as Baird, go about making their “bread and butter” by preaching an empty, self-confessed “meaningless” worldview with a passion worthy of the most ardent TV evangelist.
And they do this all while sporting the most arrogant self-assured snotty demeanor as Mr. Baird has demonstrated throughout this discussion.

And this “bread and butter” is a clue to the real underlying reason why. Accepting the truth about his feckless worldview would undo everything he’s written.

Indeed, Mr. Baird’s reputation among fellow atheists is at stake. Heaven (or hell) forbid he’d accept such humiliation.  The atheists would all “turn and rend” him if ever they found he’d done the unthinkable thing and conceded, as did Flew, that atheism doesn’t work in the real world.

So he’s merely hiding behind a rather transparent mask of self deceit.

Again:
You cannot refute the law of non-contradiction without assuming its truth.

i.e. to refute the absoluteness of any law of logic you must assume, right in the refutation, the absolute truth of that same law.  Otherwise, nothing can proved or disproved.

Yet, instead of accepting the salient fact of this, Mr. Baird merely denies that he merely denies! No proof whatsoever has been offered by any atheist to demonstrate that logical absolutes do not exist. It cannot be done. For in the very attempt to do it, one assumes the truth of what he attempts to refute.

This would be laughable in any other domain. Either Mr. Baird just doesn’t get it or he’s very dishonest with others and himself, for some selfish reason.

The sum of Mr. Baird’s arguments against pogo and I thus far is this: “I deny whatever you say, and you’re just emotive, ignorant and dumb, so there!”

Again, this is no surprise coming from a typical atheist defender of the inane “nothing created everything” religion.

This is an answer to an ongoing debate between theists and atheists on moral law, absolutes and such.
The original post is here: and this response is in answer to statements here:  Patient and Persistant: Response to Pogo #4

Logically if “ethics and morals can change”, then tomorrow you may also agree with Pol-Pot, Osama ben Laden or Stalin or the neighborhood rapist… Here again, in logical terms there are no real barriers (beyond peer pressure) to such a switch within your moral system. Just to be clear. Though your world-view would not exclude the morality of Mother Theresa, of Albert Schweitzer or of Martin Luther King, neither would it exclude the views of Hitler, de Sade or of Pol-Pot. It doesn’t exclude anything. If you know of an escape hatch from this equation (within your world-view), please enlighten us.

Paul Baird answered : “Sorry, Pogo, but this is emotive nonsense.”

Here is my response to Paul B.

How so? It has nothing to do with emotion.
Pogo’s statement is simply factual and logical.
You claim there is no ultimate Moral Law.  The standard atheist position. No absolute morals, no logical absolutes and no ultimate truth.

Thus, under atheism, moral values are determined by whatever one pleases, be it Darwinian survival,  collective agreement, sentiment, feelings or some imagined good for humanity.  Ultimately anything goes.

If there is no God, everything is permitted. – Dostoevski, Fyodor

So in atheism, having no independent transcendent foundations for morals, you can do as you want based on any criterion you happen to like at the moment. This is generally denied by what I call street atheists, yet admitted and even proudly proclaimed by the high priests of atheism such as Richard Dawkins et al.

And this is the whole point – atheism, having no independent ultimate Moral Law – because there is no source (God) for such, cannot logically have any meaningful moral values either.
The one is dependent upon the other.

Like I’ve noted several times thus far: no law = no morals for there is no rule of measurement for any action whatsoever.

The only reason atheists DO have morals is because they have no choice. The moral sense is innate, “written in the heart”. While much may be learned, the moral sense itself is not learned but intrinsic to human nature. If it were merely learned it could also be unlearned, rejected etc. But real world experience says that we cannot get rid of it.

The whole idea of morals as an evolutionary adaptation for survival is ludicrous for then all morals would be based purely on non rational genetic accidents. How does any evolutionary accident lead to an “ought to do and ought not to do”? It simply can’t.

Paul B. then said:

“Would you like to explain the moral rationale of water-boarding or extraordinary rendition ? …”

Any specific case is simply irrelevant to the real issue. You could bring up any number of moral debate issues and they will all merely underline the fact that humans cannot get away from their moral sense and automatically measure all actions and motives according to some assumed rule they believe “ought” to be obeyed.

The fact that there are varying opinions implies 2 things:
1. everyone is consciously or unconsciously assuming some primary Law by which they attempt to measure actions morally. We try to measure how “close to” or “far from” the overarching Moral Rule, any moral state or action is.
2. we do not know this Law perfectly and some are closer to it, in their moral values, than others – whatever the reason may be is a different topic.

As soon as we make any moral judgment we’re insinuating that actions, in any social arena, are morally wrong or right according to some independent Rule used to measure them.
We’re not just saying, as C.S. Lewis noted, “Well I don’t personally like that action so I deem it wrong.”; or “You’re action bothers me emotionally and to the degree I feel bothered you ought not do that.” The other party – especially if atheist – could easily respond, “well why should I care what you feel and to hell with your values, mine are different!”.
No, rather we appeal to some independent Rule that we automatically assume the other party knows as much as we do and ought to obey.

There can be no debate on anything either unless we have different parties each attempting to convince the other that their view is the right one, i.e. closer to a Real Right – a correct one that is independent of mere opinion. Debate itself presupposes an independent set of laws of logic and that implies an independent mind, because logic is purely conceptual.

The whole crux of the matter is this: what is the rule you use to judge actions? If it’s not independent of human opinion then it is not binding upon any and none ought be punished or rewarded for any action at all.  If all is mere opinion then any action at all can be both punished and rewarded, depending on whose rules one adopts!
The Nazis reward the murder of the Jew and the Xians condemn it. Without an independent  moral ruler to measure, there is no way to judge either reaction as good or bad.
This is what Provine clearly stated in our quotes of him.
If there is no ultimate rule then no moral judgment is even possible and no evil or good either. See previous Dawkins’ quotes.

If there is no ultimate authority there can be no binding moral Law at all.
Hence no God = no right to make any binding law, thus all human imposed law would be mere tyranny. Worse, that tyranny itself could not be ‘wrong’. “Might makes right” in the end of the atheist view.
And again, this is standard atheist dogma (not a strawman) i.e. no God = no overarching Rule = no good or evil; simply because there is nothing but subjective, personal opinion to measure by. Why should subjective opinion be binding on anyone? No God = no reason at all. 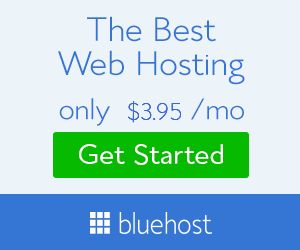 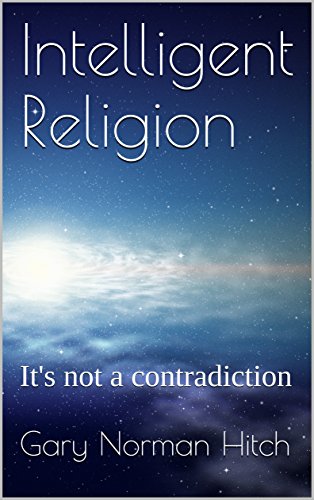 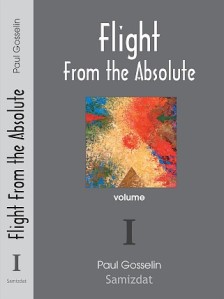